LIGHT IN THE DARK ministries
Go to GODSONGSUSA 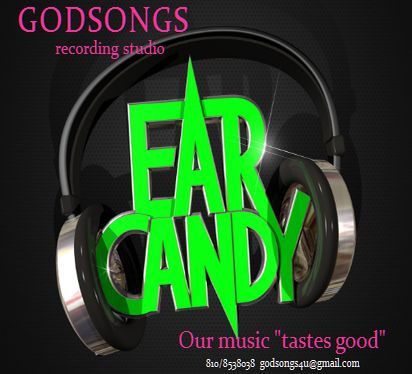 GODSONGS recording studio - is a state-of-the-art studio. We specialize in music production, but also offer video services/products as well. We began in 2009, and have been doing Christian music/videos exclusively for Christian singer/songwriters and musicians.

THE "MONEY" THING...
We do not charge by the hour, but instead offer a variety of options for artists who may not want to spend hours and hours recording their songs. I understand, because I'm also a singer/songwriter myself. Knowing a band or songwriter may only want to add some lead guitar; or do a "final mix", and/or "master" a song is one of the reasons we offer the client the option of doing "exactly" what needs to be done - and no more. It's much cheaper - and a lot faster!
So, if a song needs to be recorded/arranged and built up from beginning to end; we just record each part/instrument/voice step by step - charging a small price for each part that is added... a complete "fee's list" shows most of our current fees for most services needed to do a typical song. If you're not doing a typical - guitar/piano oriented song - we'll discuss that particular song and figure out the costs together...

"NEW SCHOOL" RECORDING
Finally, most "new school" recording these days is done without even coming to the studio physically to record songs and music! Many of the song's parts, even vocals can be done without ever having to set foot in the studio. Wav files can be sent back and forth from our studio to other studios, or directly to the songwriter or bands themselves. This means, that it's possible to never meet face to face with the engineer or producer - and create some of the best songs/music ears have ever heard!
An artist still should come into the studio to do vocals, or for doing the final mix; but that being said - even then it's not necessary if a person has a good home studio, or other studio to do some of the tracks... in that case they just send us those tracks and we put them in the mix here at GODSONGS. We mix all the existing tracks down, and send it back to the client for their approval/comments/suggestions - and then it's into the oven for the "final mix". If everyone's satisfied with that "final mix" - we "master" it before publishing or sending out for airplay or CD replication.

FINAL THOUGHTS
Creating a great sounding song without going broke, has always been the name of the game for struggling artists/bands and songwriters - we understand that. One song at a time is what I recommend to every person who desires to record and hear a finished song that he or she wrote. I can't tell you how many clients just gave up, quit - before they finished "one song". It's sad but true...
Do one song at a time, see it through to the end. Finish it, and then build on that foundation. Soon you have two songs, then three, and well - in a short time you have an EP, or a CD that you can say is completely finished. That for a songwriter/artist - is one of the best feelings you can have. Nothing like it.

We hope you pursue your dream of recording your song(s), and having a finished recording that you know is done right. Having a song die in a folder, or sit idly on the shelf; or lying half baked on a dusty hard drive is a tragedy. Only God knows how many "potentially great" songs are doing just that! It's possible for you, for any aspiring songwriter/singer/band to record and publish their songs. The truth is there has never been a better time to record and release your music all over the world - and you can do it here at GODSONGS.

p.s. We will "master" one of your songs for free - just email it to: godsongs4u@gmail.com (wav file) I'll master it and send it back a.s.a.p.

YOU WON'T BELIEVE YOUR EARS!

SOME MUSIC VIDEOS WE'VE DONE RIGHT HERE AT GODSONGS...
Learn how to get your music noticed at ReverbNation.com